MORTGAGE CHANGES ARE COMING—ARE YOU PREPARED? 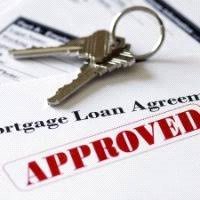 We know – more changes?! How can that be! With this ever-changing landscape, mortgages continue to get more complicated. This next round of changes is predicted to take affect this coming October 2017 (date not yet available). These new rules contain three possible changes, the most prominent being the implementation of a stress test for all uninsured mortgages (those with a down payment of more than 20%). Under current banking rules, only insured mortgages, variable rates and fixed mortgages less than five years must be qualified at a higher rate. That rate, of course, is the Bank of Canada’s posted rate (currently 4.84%, higher than typical contract rates). Going forward, it will be replaced by a 200-basis-point buffer above the borrower’s contract rate. (source)

The other proposed changes include:
• Requiring that loan-to-value measurements remain dynamic and adjust for local conditions when used to qualify borrowers; and
• Prohibiting bundled mortgages that are meant to circumvent regulatory requirements. The practice of bundling a second mortgage with a regulated lender’s first mortgage is often used to get around the 80%+ loan-to-value limit on uninsured mortgages.
These two proposed changes are minor, and would only affect less than 1% of all mortgages in Canada. The main one, the stress testing, will have a far greater impact.

Why is this happening?

You may recall that the stress test requirements were announced by OSFI in October of 2016. This rule followed a long string of new rules that occurred in 2016. At the time, they primarily affected First Time Home Buyers and those who had less than 20% down to put towards a home. Now, those who are coming up to their renewal date or wishing to refinance may find that this will have an impact on them. They may not qualify to borrow as much as they once would have due to the stress testing implication. For example:

Take off the existing mortgage amount owing and you are left with $145,000.00 that is available in the equity of the home provided you qualify to borrow it.

Qualifying at a rate of 2.94% with a 25-year amortization and with a combined annual income of 85K you would be able to borrow $490,000.00. Reduce your existing mortgage amount of 343K and this means that you could qualify to access the full 145K available in the equity in your home.

Qualify at a rate of 4.94% with a 25-year amortization and with a combined annual income of 85K you would be able to borrow $400,000.00. Reduce your existing mortgage amount of 343K and this means that of the 145K available in the equity in your home you would only qualify to access 57K of it. This is a reduced borrowing amount of 88K.

As you can see, the amount this couple would qualify for is significantly impacted by these new changes. Their borrowing power was reduced by $88,000-a large sum of money!

With the dates of these changes coming into effect not yet known, we are advising that clients who are considering a renewal this fall do so sooner rather than later. Qualifying under the current requirements can potentially increase the amount you qualify for—and who wouldn’t want that?